Male Breast Cancer: Can It Happen to You? 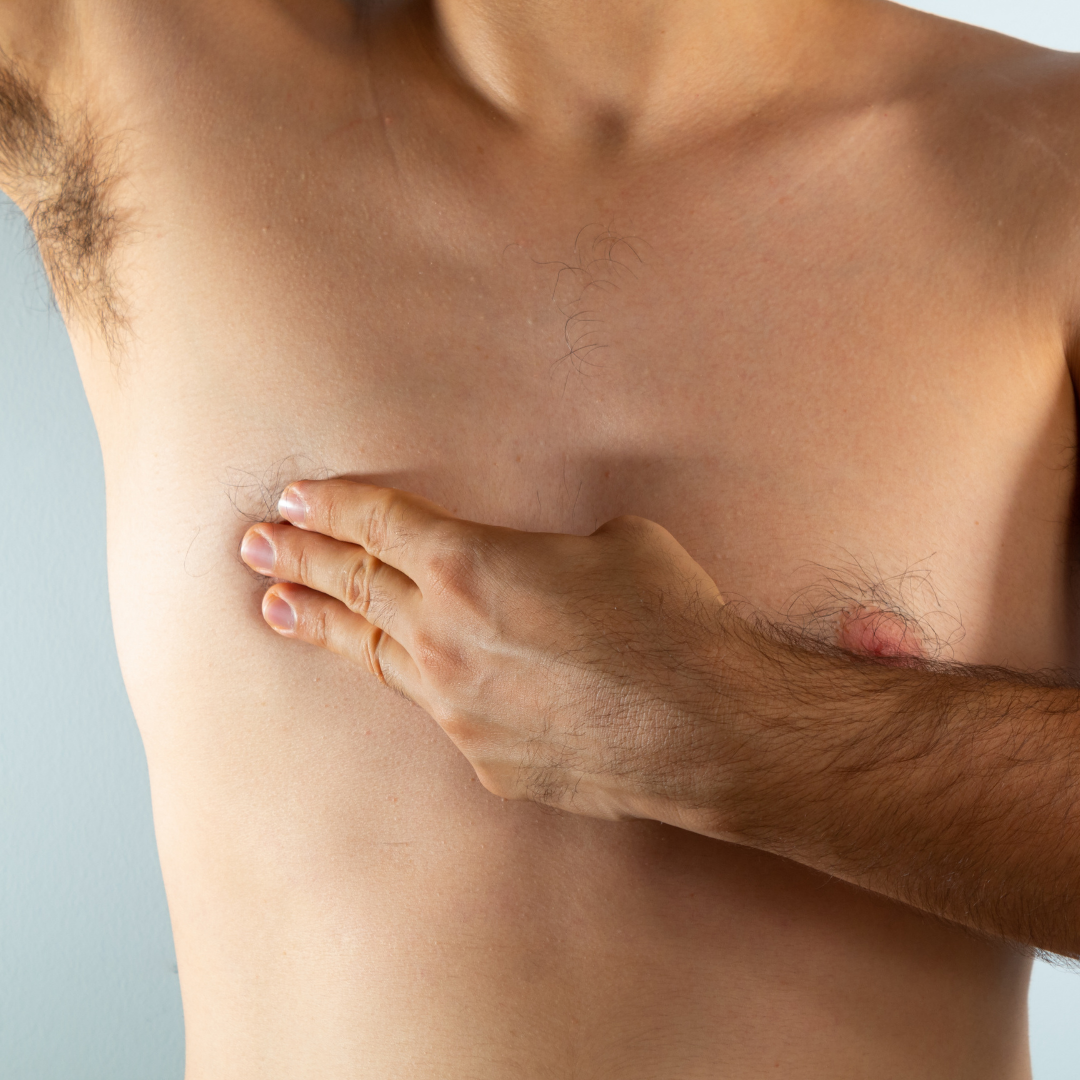 Did you stop to consider that you, a red-blooded owner of a Y chromosome, might one day be the subject of an article like this? According to the Dana-Farber, Institute in Ohio, 2,000 men in America are diagnosed with cancer of the breast each year.

Everyone, male and female, is born with a small amount of breast tissue. When girls reach the age of puberty, the amount of tissue begins to increase.

Male breast cancer is often diagnosed later than in women. Men seem less likely to worry about something funny going on in that area. Because the amount of breast tissue that lurks under your shirt is minimal, it’s more difficult to feel any lumps that might be there and harder to detect cancer in its early stages. Consequently, male breast cancer spreads more quickly to surrounding tissues.

The symptoms of breast cancer in men are similar to those in women. There may be a lump, often painless and immovable, beneath the skin on the chest. The skin may be puckered or pitted like an orange peel.

Your nipples may secrete a discharge or blood; by this stage, cancer may have spread. The rare fast-growing tumor rarely forms a discrete mass. Instead, the skin may become red and thickened, feel warm and tender, and have small bumps that resemble a rash.

If you or someone close to you detects any of the above-mentioned symptoms, visit the doctor. This is not the time to be embarrassed.

Close to 80 percent of breast lumps in women are non-cancerous. In men, this percentage is higher. Don’t use that as an excuse not to get checked out!

Therapeutic strategies may include surgery, radiation, chemotherapy, biological therapy, or hormone treatment. Men seem to respond to hormones better than women. A good 90 percent of you have estrogen receptors, which means that this approach can work in most men.